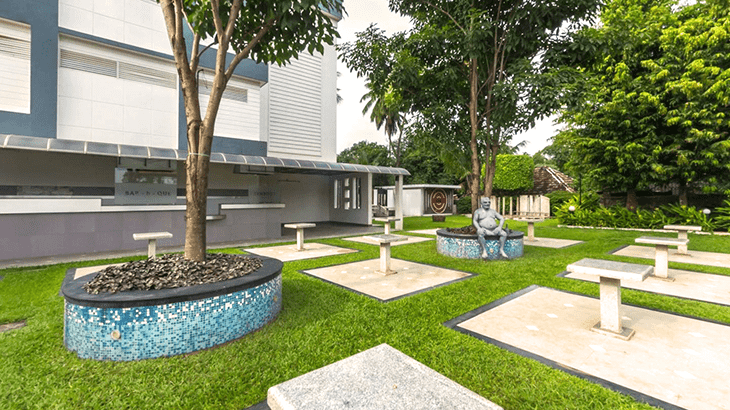 The “Oriental Hotel” was established in 1949 on a sprawling 3 acre property by a “Sahib” along with an Indian partner in the heart of Thrissur City whose names are no longer known. The hotel was a stone’s throw from the railway station and the famous “Vanchikulam” where the country boats loaded with merchandise landed in Thrissur. Vanchikulam was the business hub of the entire Thrissur district and the main Jetty on the inland navigation system which was in vogue those days.

The Hotel was an architectural icon of its time, being one of the first buildings built with cement and a flat roof going against the traditional building tenet of the tiled sloping roof of that time. The two storied building was the tallest in Trichur and to support the height, the support walls were all made two feet thick in the ground floor .These thick walls still stand today, a testimony of the great workmanship of a bygone era.

The building changed ownership in 1956 and got the name the State Hotel and had the second liquor serving license (TCR/02/1954) issued in the District of Trichur. These were the heydays of the hotel with it being the premium hotel destination of city in the 1960’ & 1970s.

In 1978 the hotel again changed hands to a company formed by several leading personalities of Thrissur including the Manuelsons and the Chandy Brothers and was renamed as the “Trichur Tourist Home”. With several towering personalities in the board the hotel suffered with both the impact of a clash of management styles as well as the establishment of several new more modern hotels in Trichur. 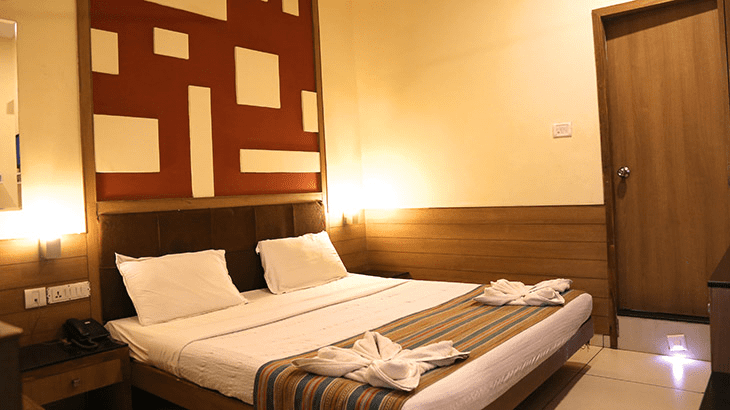 By 1982 the hotel again changed hands and saw probably the worst period in its history. This landmark hotel fell into ruins and was frequented by several shady characters and was run as a monthly lodge with one of the most notorious cabarets in the town. The hotel closed it shutters in 1989 unable to bear the stress of accrued loans ad needed a new owner to either demolish it or rebuild the dilapidated structure.

In 1992, Mr. V L Ittiachen took ownership of the property with an initial plan of demolishing the building and clearing the land. He bought and added the adjacent properties to the building which was sold off earlier. The land extent was again increased to the original three acres. While the initial plan was to raze the structure and build a commercial building on the valuable land, the old history of the Hotel resonated with Mr. Ittiachen who having seen it in its heydays decided to restore the building to its former glory.

After ensuring that the initial structure was maintained and spending a fortune on it the old Hotel reopened in 1998 as the “Hotel Merlin International” and has not looked back.

The building still has two feet thick walls and has now been refurbished with all the modern amenities to make your stay in Thrissur a memorable one. It is now a popular marriage and function venue with ample car parking located in a serene atmosphere in the heart of the city. 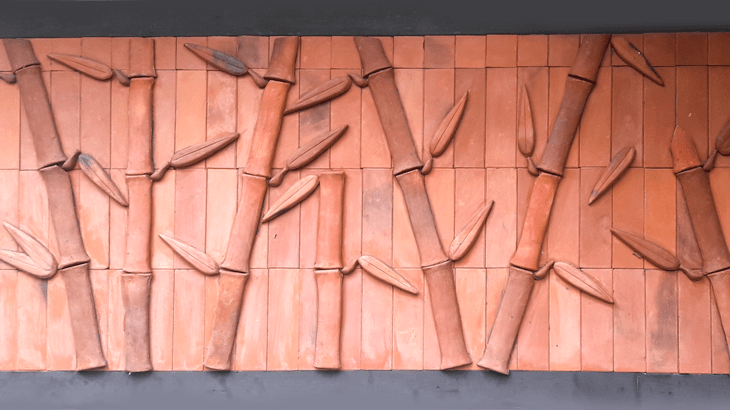 Several terracotta mural paintings done by displaced women from Aruvacode, Nilambur are installed here and has drawn widespread interest. Masks, pots and other landscaping articles are seen around the hotel premises.

The one on the Thrissur Pooram, shown below was seen by the Regional Director, Tourism, Chennai and was so impressed by it that the same artist was instructed to make one of the Shore Temple and this was installed at the Tourism Office Chennai in 2004.

The Hotel continues to encourage the local talent and artists. One of the most popular photo opportunities given here is the “man with toddy under the tree” (shown on the left) that was done by a local student at the Fine Arts college and erected in the lawn restaurant.

A mural on Thrissur was also done by students of the Fine Art College depicting Thrissur Round and its festivals and important religious buildings.

Your browser is out of date!